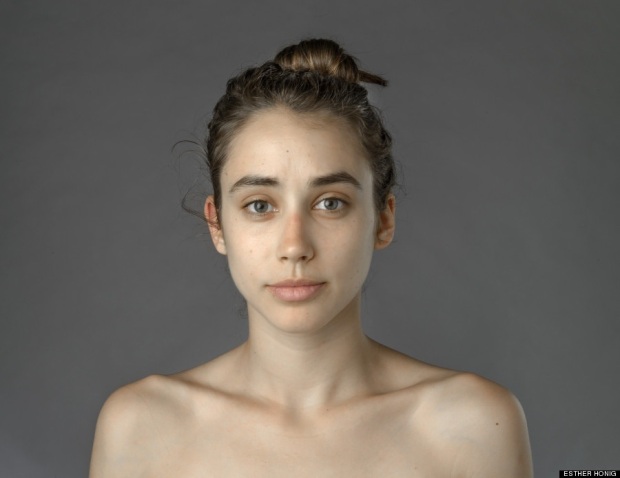 Some of these are really nice, not as dramatic a change as I was expecting, but I think her original image is deliberately a “blank canvass”, and you can see in the photo how uneven / imperfect her complexion is. That’s not me being nasty or anything just commenting, in fact she says that herself. I think my favourites are India, Ukraine, the UK, Romania & Chile although the UK one looks very aurbrushed. My least favourite are Argentina, United States, Australia & Germany. What did the USA think she is??? They’ve made her look so unhealthily skinny. The German photo is just badly done and I think they let a 7 year old do her make up in Australia.
A lot of the rest are very neutral, and have gone for a more natural look which I like, but you can’t really tell what they’ve done, I suppose that’s kinda the point though. I wonder if her image was used in an ad campaign how different the images would be again? I think it would all depend on what was been advertised I guess.

Your dick is not an assumption

Yeap. you’re right, having a penis makes you male, it doesn’t make you female. I don’t have a penis, the doctors made what I now have out of what was a penis, and now I have what they call a “neo-vagina” (I think that translate to “created-vagina”). So, I don’t have a dick as you so nicely put it, yet you don’t consider me to be a woman, please don’t insult me by referring to me as a man. But lets have a look at other people. There are soldiers that have come back from recent conflicts with amputations of their legs, their arms, and I’m sure in some instances, their penis. Those soldiers that have lost their penis’ in conflicts are still men, they still feel and act like men. Angelina Jolie had a breast reduction (did they remove all the tissue, I don’t know) due to a cancer scare in her family, she’s still a woman.

Treat me as you find me, and don’t make assumptions based on how I might look, which is how we should treat everyone. I don’t “force” myself on anyone. If I’m attracted to someone and they feel the same way, then something may happen, it may not. If they accept me for who I am, then good, if not, it’s their loss in my eyes. Not everyone is obsessed with sex as much as you seem to imply.

Fwiw, Viagra was discoverd by accident while scientist we’re researching something else, so it was never the end goal, but a side-effect of it.

I’ve been pretty up front on this blog about the fact that my impetus to create it arose from abject horror at the way lesbian communities (in particular) were being colonized/destroyed. Suddenly, organizations and publications that previously focused on the needs of women, on topics of import for women, were now focused squarely on the interests of males who feel like women. Such interests – pronouns, access to hormones and surgeries, entry into women’s restrooms, theorizing on penises – are in no way important to women’s liberation or women’s actual experiences. They may be very important to trans folk, but they have precious little to do with the issues actually facing women. And yet, women are expected to take these issues on in spaces that once were for and about them. Very few people are outraged over this, because very few people truly care about women and fewer still care…

This was still smouldering at 12pm today. They sell everything, it’s like Woolworth’s without the pick n mix, literally 2 minutes walk from my house. It was reported at half 11 last night, so thankfully I doubt anyone was in the downstairs, but there may have been people in the restaurant upstairs. Apparently it’s been gutted. There are plenty of empty units in town, so hopefully they’ll be able to relocate though.

Update at 2.45pm. Fire engines still there, but not damping down anymore. Still smoke coming out the building, but looks like the worst is over.

I see 6 women in that photo, and 1 of them is a Police officer, who I don’t think is part of the protest.

Fascists are made, not born.

I don’t know a lot of the reasons for the second world war, but I know the excuses we’re the debts Germany we’re still paying from the first world war, and the scapegoats we’re many, ie anyone who wasn’t a blue eyed, blonde and I imagine a certain height, German, which Hitler was none of anyway. Hitler was thankfully, part of a minority, but he spun his lies so that the majority believed it and was swept up in it, and by the time those that did realise did, it was too late, others never did realise leaving us with people that deny that things like the holocaust happened, I mean, that is something so horrible, that it seems beyond belief that it could be allowed, in fact co-ordinated to happen, but there’s plenty of evidence it did, and there’s plenty of examples of it happening elsewhere. After 9/11 in the USA, you had George Bush Jnr rallying the people in similar ways to Hitler, ie exploiting the situation to suit his needs etc. We need to be vigilant to prevent these things happening, but not to the point where we lose our freedoms in an effort to protect those very same freedoms.

“Hitler, like every other child, was born innocent. Like many other children at that time, he was destructively raised by his parents. Later, he would become a monster. He was a survivor of the engine of destruction known in turn-of-the-century Germany as child rearing. It was what I call the hidden concentration camp of childhood, the one that may never be brought to light…

It is our access to the truth that can enable us to prevent such people, who yearn for the “order” spawned by violence, from realizing their destructive plans. Fascism will have had its day once society ceases to deny the knowledge we already possess about the production of brutality, violence, and dehumanization in childhood and minimize its dangers. Once this has happened, it won’t have a chance in this society. It is not enough to unmask Stalinism and Nazism as mere lies. As long as we… 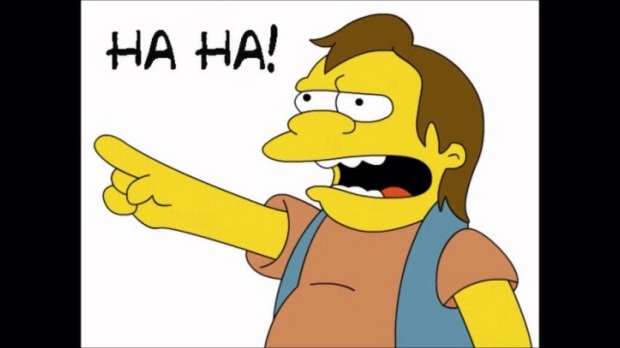 Stop Taking Crazy Pills. They Only Have One Look.

I stopped reading halfway down, because quite frankly, it’s nothing I haven’t read before. What was kinda new, was that you said that the person you we’re talking about had access to a perfectly good unisex toilets they could have used. I’m going out on a limb here, and guessing that those unisex toilets are actually wheelchair friendly toilets, ie toilets that are larger than standard toilets to accommodate someone who uses a wheelchair, who obviously needs the extra space. So, you think that someone without a disability, should use these toilets when they don’t need the extra space or facilities, making someone who actually does need the extra space and facilities wait outside? Let me let you in on something here, people with disabilities who need to use disabled toilets, often have bladder and bowel problems too, which are made worse by waiting. Let’s put another spin on this. Saw the trans individual wanted to get a drink or water, or travel on public transport, well hey! You live in the deep south of the USA right? What about bring all those “colored’s only” water fountains and segregated bus out of retirement that you used to have in the good ole US of A? How about separate cafe’s and restaurants, normal-people food places, and trans-people food places? Separate hospitals too, after all I doubt that the ones that used to be for “colored’s only” have all been demolished.
If you hadn’t already guessed, I’m not being serious with my above suggestions. I find those suggestions as offensive as I find their historical counterparts. To date, there have been ZERO instances of trans women attacking or otherwise harming non-trans women in public toilets, changing rooms, or any other similar place, I challenge you to prove otherwise.
As for Gallus Mag, he or she hides behind a user name, anonymity. We don’t know who he or she is, but he or she and her others like him / her, spread ignorance and hate akin to the KKK. I don’t like in the USA, so I don’t know what the KKK say about non-white people, but based on what our own racist idiots have to say about their targets of hate, I can imagine how stupid it probably is when held up to scrutiny.

Sheila Jeffreys “looks more than a bit like a man. She’s about four shots of testosterone away from passing as one”. When men review ‘Gender Hurts’

Who cares what she looks like? Sorry, that sounds harsher than I meant it to be, what I mean is, it’s no one else business what she looks like, what she chooses to wear in her daily life or anything. The only person it matters to what she looks like should be her herself. Is she happy with how she look? If yes, brilliant, if not, I’m sure she can do something to change that if she so wishes.
I probably won’t read her book, but if I we’re, I would judge it on it’s contents, and not on the author’s appearance (however saying that, her appearance may have some bearing on her book, but I’m not going to criticise her for it.

I don’t use the word “TERF” to insult anyone, it is an acronym, and if the people I refer to using the word TERF are upset or offended by it, well they’ve upset or offended me first in some way, I don’t know, maybe they’ve called me a “tranny” or a man, or used some other language in a way they know is likely to upset or offend me. If I refer to you as a TERF, then I am calling you a Trans Exclusionary Radical Feminist. It’s not a badge of honour, it’s not something I expect you to be happy or proud about. If I make racist comments to someone, then I may not like to be called a racist, but that’s what I’d be, a racist. If you’re a radical feminist, and you’re wanting to exclude trans women from women’s gathering, events and such, then how am I expected to refer to you? A LPWDLM? (that would be another acronym for a Lovely Person Who Doesn’t Like Me), but I think TERF is easier to say in a conversation don’t you? 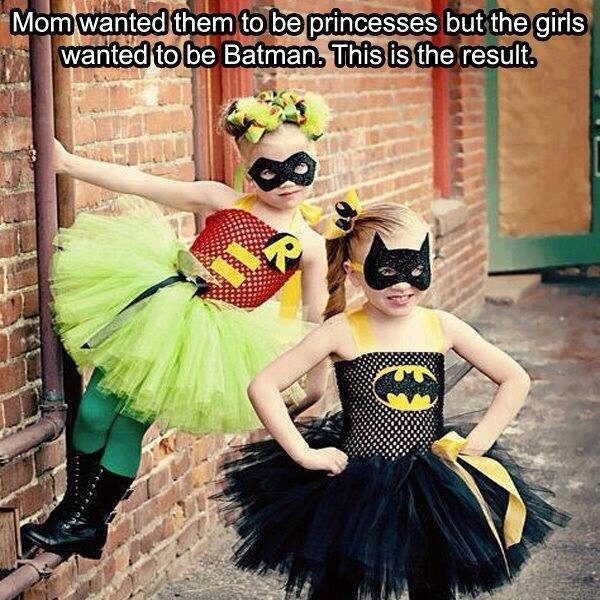